Your Welfare Depends on It 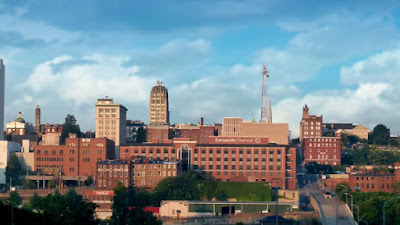 No, not welfare as in a government program.  :-)

Our society has redefined a word and we now think of government programs, but here is the first definition of the word welfare:

the health, happiness, and fortunes of a person or group.

We all know Jeremiah 29:11, right?  “For surely I know the plans I have for you, says the Lord, plans for your welfare and not for harm, to give you a future with hope."

The context is this.  Jeremiah is telling folks that God has sent them to other cities in exile.  He tells them to go ahead and get settled in their new cities — to buy homes, settle down, get married, have babies.   He wants them to know that He has sent them there for a purpose.

In verse 7 he says, " But seek the welfare of the city where I have sent you into exile, and pray to the Lord on its behalf, for in its welfare you will find your welfare.”

Woah.   Learning all about the City of Lynchburg, most specifically,  as we have begun to spread the word about Vision 30, I have realized all the needs that are here.

We are not called as God’s people, or as the church, to live in isolation from the cities where we are.   We are responsible for the welfare of those in them.

What is it that God is calling you to do to make a difference in the city to which He has sent you?

Check out the Care Portal.    Maybe there is something you can do in your city.  Let me know if you do -- cuz that would be cool to hear about.  We are planning to bring it to Virginia, and I am interested in hearing if anyone has used it.