(I'm not selling anything and I didn't buy anything to do it. No MLMs, no powders, shakes or paying for apps) 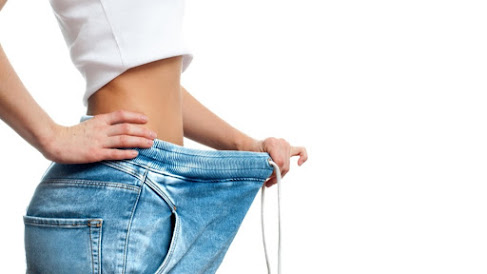 And also... this obviously isn't a picture of me. I didn't start that skinny and I certainly will NEVER end up looking like that. Good grief, I'm 57. You don't want to see pictures.

So, how did I make it happen? Here's the formula that worked for me.

#Motivation. I started the year knowing that I had a wedding to attend in June. I wanted to weigh less at the wedding of my 2nd oldest son, Rand, than I did at my own. That meant I needed to lose about 40 pounds to make it happen.

I also had the motivation of a fund raiser for work. I am very passionate about what I do, as you probably already know, and I needed to raise $5000. I had raised more in the past, and it was always tied to me doing something with diet and exercise, so I did the same thing. '

I also created and joined several challenges online. The most effective was a 75 day Mental Toughness Challenge which involved only drinking water, two workouts a day, no cheating, and devotions. This really kicked my weight loss in gear.

I also had #motivators as part of my weight loss journey. My husband walked with me daily for months. A neighbor who spent most of her life traveling around the world and when the virus hit, she was at home. She walked with me many times. A young friend walked with me sometimes -- and she quickly learned she could shower and put on make up before walking with me because she never broke a sweat, but she still joined me for walks and conversation. Even our dog was a motivator because he loves to go on walks. He lost weight too! And a coworker is quite a competitor and we had a no-cheat challenge that was very effective for me.

My diabetes had gotten so bad that I was on 5 different meds -- two oral and 3 injectables. Their side effects made me feel like crap. I finally decided that I was paying a lot of money and feeling awful just for the privilege of eating carbs, so I decided not to eat them.

I also have a really weird personality so once the pandemic started I told myself, "I want to lose while everyone else is gaining." This was super motivating to me.

I like to track things.  #Measuring stuff keeps me going. My Fitbit and its step counts was a great motivator. I also participated in the challenges mentioned above which required me to track and report stuff. The diet plan I chose was Keto which works for me. It took me from 5 meds to half a dose of one med for my diabetes. Counting those carbs made a huge difference.

Since I was reporting stuff, I could see a #streak. Nothing provides #Momentum like a streak that you don't want to break. I had historically not been able to walk at all without back pain so I started the year with seated exercise videos and lifting weights. By March I was able to walk and I increased how far I walked until I was at a mile a day. Then I started having record breaking Sunday mornings -- I got to 2.2 miles (sitting only 3 times) by August when I got a stress fracture in my foot. By this point I was ready to hit a week where I was getting 10,000 steps a day which I thought would never happen. Of course, this killed my momentum as I had to be off the foot and in a boot for over 8 weeks. I'm counting on the new year to get back in gear and build momentum again. It was really hard losing it.

I always do better when I can #mentor others. The challenges I set up and the people that I coached -- all for free -- were so helpful to me. I am starting another one today -- so hopefully this will carry me through.

I would love to help you in whatever way I can to a healthier you in 2021 so feel free to reach out! It's part of my success and I can guarantee that you'll have success

There's one more key thing that happened this year that has been missing in the past. It was a massive commitment (OK, OK, so I cheated cuz I wanted to be like a good Baptist preacher and alliterate my mail points) to not go back to where I was. I watched My 600 pound life and noticed a pattern. I had gotten to a weight that was usually where these folks gave up and decided not to try. Once I took off fifty I was determined not to get back to where I was. Historically I would do real well, lose 20-30, and then something would derail me and I would go back to where I was before rapidly. This time I made sure that didn't happen. I took off weight, knowing I might put it back on, but I was determined to always get back to fifty below where I was.

You can see how this worked by looking at this chart. I am still down 50 pounds, but it wasn't exactly how it was supposed to work. And in case you were wondering -- the ups and downs started after I hurt my foot. :-). 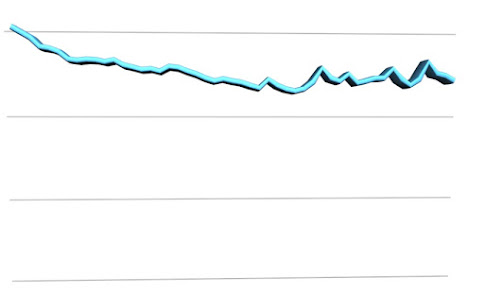 I almost randomly came across your blog (through a fellow Trauma Mama) and I never do New Year's Resolution stuff but you have inspired me (and I just realized that both my daughters are getting married this year and I'm going to be in a ton of pictures. I'm in!

So Mary -- how do we connect on Facebook so I can include you in the group?