If you live anywhere near Sioux Falls.... 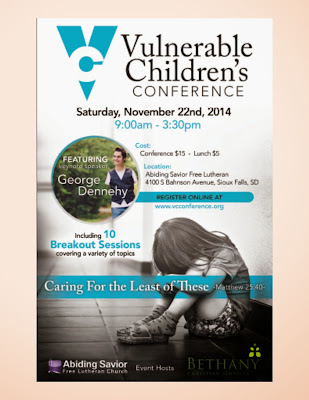 Recently I've accepted a few speaking engagements.... This one day conference will be in Sioux Falls on November 22nd. I will be the MC of the event and will also be doing a breakout session.

I'm most excited though to go and meet George. The video below and him singing the words, "And all of the sudden I am unaware of these afflictions eclipsed by glory" brings me to tears almost every time. I'm excited to hear him speak and to meet him. 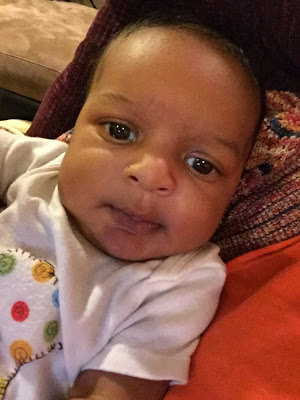 To say that I am beyond busy is an extreme understatement. Never before have I had so many things that I want to do and what seems like such limited time in which to do them. I miss blogging -- I was reminded of this when I read an article in Lifelines Magazine that I "wrote" -- which was really a compilation of several of my blog entries since I didn't even have time to write the article.

I think that I am beyond the days where I need to vent here in my blog. If you want venting try 2007 to 2012. Plenty of junk there -- drama and frustration for sure. In addition, my children aren't children anymore -- except for Wilson who is almost 16 (if you can believe that!?!??!) SO writing here that within the last 3 weeks we have had our house "burglarized" (which was actually an inside job made to look like someone broke in), another one of my kids start smoking, an adult child suddenly, after a year of having a checking account without issues, started over-drafting in any possible way he could; someone purchasing a handgun and then reporting to police that it had been stolen when he didn't register it, ok, ok, I'm done with that part. But if I wrote that and attached names to it it would be shaming to them in a different way than it was when they were children. Or maybe not. But I feel less comfortable with all that at this point.

In addition, I now have to have a filter. I work for a great organization -- in fact, in April I was promoted to Regional Director -- and I would hate to ever have anything that I write here negatively impact the organization. So the fun days of talking about whatever I wanted to regardless of how sarcastic, cynical, rude or inappropriate it was are gone.

And I don't really have the luxury of simply posting cute pictures of my grandchildren, although I do have some really cute ones... In fact, I just put one up. Carlos Junior is nothing but gorgeous (born September 12).

I do, think, however, that my blog could offer something to my readers (if I still have any) even if it is just proof that there is life after the toughest years...

So I'm asking you your thoughts: What would you like me to blog about? Or has my blog fulfilled it's purpose and should I shut it down?