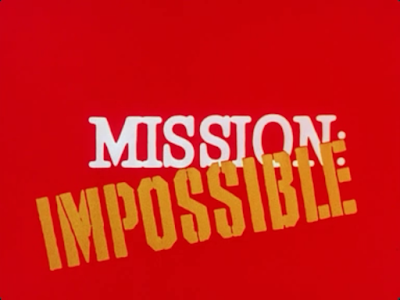 How many times do we want to give up because the journey seems father or higher than anything other journey we have ever experienced?  I know I am tempted often to just say, “too hard, too much, too far, too impossible…. and yet God doesn’t give us permission to give up just because it’s hard.  In fact, in Galatians 9 Paul says, "Let us not become weary in doing good, for at the proper time we will reap a harvest if we do not give up."

On Saturday my husband and I (and six other folks at that theatre) saw the movie Harriet.  it was intense and powerful and definitely worth seeing, though there were really no light hearted moments.  To say the movie was serious is an understatement.   ("of course, it’s serious, Bart said, using the condescending voice he only uses with his beloved wife, "slavery was a serious awful thing.”)

Harriet Tubman was a young black slave in her twenties who ran to the north for freedom…. risking her life many times.  I won’t tell you more than that, because I don’t want to ruin the movie for you, but she ended up rescuing a lot of slaves in her day utilizing the underground railroad.   Even if you don’t see the movie, reading her life story in a brief online article will inspire you.

There is one scene that will forever stick in my mind.  She had gone back to Maryland several times for members of her family and others to make the 100 mile trip to Philadelphia on foot.  It becomes necessary for them to move even father north to Canada after the Fugitive Slave Act of 1850 which allowed slave owners to go into the north to catch their slaves who thought they had made it to freedom.   The committee of the underground railroad has a secret meeting in New York and they are about to conclude that they can’t continue to rescue the slaves because they are now so far away.   They are about to make this decision when Harriet, barely five feet tall,  stands and says, “I am not going to stop rescuing slaves because it’s far.   Some of you were born free and others of you have been free so long you have forgotten, but I remember.”

She then goes on to remind them of what it is like to be a slave.   She ends her speech with more determination than when she started to keep on doing the difficult task to which she felt God had called her — no matter how hard, no matter how far.

What is your impossibility today?

Our impossible is God’s reality.

Posted by Claudia at 8:06 AM No comments:

So Claudia, What Are You Doing with your Free Time?

For over a decade life was pretty much a blur for me.   There wasn't a lot of time for me to think when I had 10 kids under 15 or 9 teenagers at once.  But things have calmed down now.  Family responsibilities include about six hours a week of taking care of the most adorable 3 month old and her older siblings.  Really great kids and that is fun, but other than that I am free.

Suddenly I have found myself with something I never realized I would have .... free time.  Bart has less than I do, but he has some too.  And you may wonder what we are doing with it.
Well, I must confess that I now watch some TV.  I know, crazy.  But it's become part of my world.  Bart is working on his Doctorate (Dmin) so he has a lot of reading to do, so while he reads I watch TV.

But I also have found some time to do other stuff, because while my physical energy is waning my passion for doing what I believe God has called us all to do isn't.  And since we can no longer do Foster Care in our home (if you don't know why, ask me privately) we are having to figure out ways to do things outside of work to further my passion.

Bart how is a CASA volunteer  It was a lot of work to get trained and it can be emotionally draining... but it's a great opportunity for him to use all of years of our experience to help other children.

I am also serving on an Open Table.  Know what that is?  If not you should check it out and see if there is one near you.  The organization Community Connected in Lynchburg uses the model and I am having a great time being part of a table.

In addition, Bart and I are mentoring from afar a kid who is going to be aging out of foster care in December.  He is in a facility much like our sons were in and has no connection with anyone.  He reminds me a lot of one of our sons at that age.

I'm also the point person for our church for the Care Portal which I'm super excited about.

Finally, I do PowerPoints and upkeep the website for our new church.  That's fun for me and uses a different part of my brain than work.  So it's like a hobby.

I guess I am sharing this because I think that people would say "Bart and Claudia did their part."  But that's not how we feel.  Still so much more to do.

Did I sufficiently answer your question?
Posted by Claudia at 5:31 PM No comments:

We Will Carry the Torch 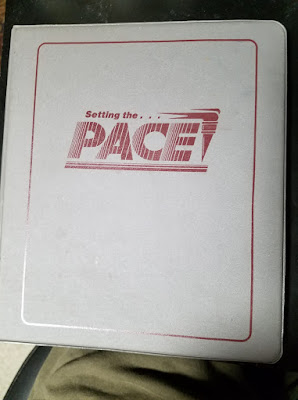 Last week I had an opportunity to visit with John Ott who spoke at PACE -- a convention I attended in 1986.  I can still remember it like it was yesterday because he was an amazing orator — and shared powerful stories that moved the crowd … and moved me.

The emphasis of that conference was evangelism and we were challenged to make a commitment to lead one person to Christ during the coming year.   Thousands of young people made that commitment and I found out last week that the following year they were able to do a survey (it was a small denomination) and over 7,000 people made first time decisions for Christ the year after that conference.

Seeing him again and reminiscing about the conference and some wonderful people that we both know and love reminded me of the impact that a group of people can have on the world if they are committed.   Sometimes I get frustrated in my current role of getting the church to be the church and care for the vulnerable and marginalized.  My frustration is less with other people and more with my inability to motivate and inspire.

But before I turn this into a therapy session for myself, let me bring us back to the original thought.   I asked my Facebook friends who remembered the conference — and what they remembered about it.   Now, 33 years later, they talked about the bus ride to the conference, the cute boy or girl they met, pranks they pulled, etc. and it made me smile.   Teenagers, all caught up in the things that mattered most to teenagers, were challenged and stepped up to the plate.   They don’t remember much of the conference, but because of them 7,000 people came to Christ.

I am sure that I been responsible, somehow, to lead that group of teens who were more focused on applying hairspray to their mullets or adjusting shoulder pads on their sweaters, I would have been frustrated and discouraged.   And yet their commitment and what they did individually changed the world for 7000 people.

At that conference there was a theme song that we sang a couple times at every service.  The chorus says, and I write it from memory:

As all things, it is on YouTube and I chose the one closest to the way we used to sing it.  Except most of us didn’t have a Filipino accent.

Posted by Claudia at 7:48 AM No comments:

At Just the Right Time 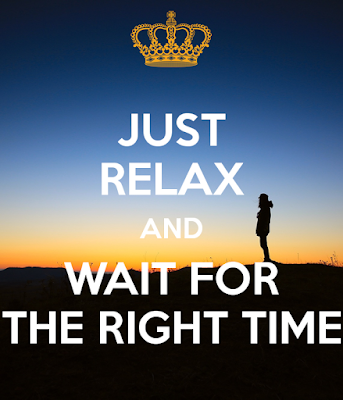 Ever thought that God wasn’t paying attention?  Ever had a request of God that seemed to be ignored?  Ever been frustrated that things aren’t going the way you think they should?

We all have.   But those times are when we need to remember this great verse from Isaiah 49:8 (NLT)

I love the concept of this song.  God is at the end of our lives and our future is His memory.   The chorus says:

He will respond at just the right time.  Hold on to that today.

Posted by Claudia at 7:31 AM No comments: