The Truth Sets us Free... Or Does It? 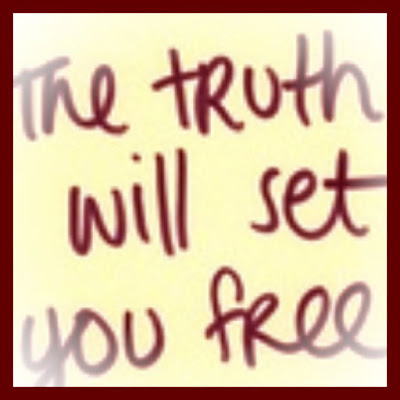 However, when we look at the opposite of truth it is clear that there is no freedom found there.  There is no freedom in keeping secrets, in lies, in deception, in hiding behind an untruth.  There is great liberation that comes of freeing ourselves from the web that deceit creates.

If I have learned anything over the past twenty years, I have learned that although the truth is painful at times, speaking truth, seeking truth, believing truth and acting on it is the only way to find freedom.   It isn’t always easy to go through the process of arriving at the truth, but when we are dealing the facts it is easier to work through them than it is to find our way amidst things that are not true.

It is no wonder Jesus told the Jews in John 8 who had begun to follow Him that they would know the truth and the truth would set them free.  I would add there are steps that lead up to that knowledge of truth… speaking the truth, seeking the truth, asking for the truth.   Because then the truth can be found and it sets everyone free.

As this song suggests, one of the greatest truths that we can seek and speak is the truth about who we are and who God is….

Not Repaired but Replaced 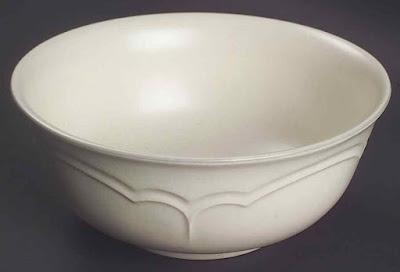 Picture with me a family heirloom ceramic bowl.  Your child, the kid you babysit, or your grandchild knocks it off the coffee table and it breaks into five pieces.   (OK, so you shouldn’t have a family heirloom on the coffee table with kids around, but work with me here).  You take it to a person who specializes in pottery and they repair it.   When you’re done you exclaim, “It looks ALMOST brand new.”

But you know it isn’t.  It’s not new…. it’s still got cracks that have been repaired and if you know where they are and you look closely you can find them.

But the line of the song ‘That’s what Faith Can Do” says — broken hearts become brand new.   Not almost brand new, but brand new.

2 Corinthians 5:17 says, “Therefore, if anyone is in Christ, the new creation has come: The old has gone, the new is here!”

In Ezekiel 36:26 God tells us, "I will give you a new heart and put a new spirit in you; I will remove from you your heart of stone and give you a heart of flesh.”

And that, my friends, is GOOD news. 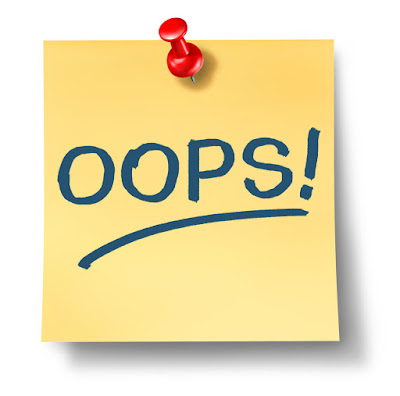 As I was listening to the song “That’s What Faith Can Do” again a couple weeks ago I realized that there is a lot of great wisdom in that.  So it will be our guide over the next few weeks as we explore faith together.

One of the things that I love most about Scripture is that it shows the absolute and utter humanity of the characters therein.   People that we remember as great are people who screwed up so much.    Check out these ten examples:

And yet, God used them and they became heroes of the faith.   Nobody is perfect — and we are all going to fall sometimes, but the list above reminds us that when people fall, they get back up again and that eventually people look back and see the good they’ve done and don’t focus on the bad.

Hang on to that thought today....

Posted by Claudia at 8:35 AM No comments: 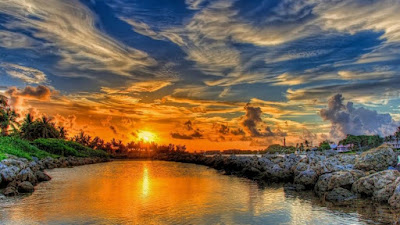 When was the last time you spent time with a new Christian…someone who didn’t grow up in the church, but who recently began to understand the power of the gospel?

In April I will be gaining another son-in-law (in case you missed it, I got one for Christmas).   We only have 2 daughters, so in April when Matt joins our family we will have the total number of son-in-laws that we should ever have.

It made me smile because I don’t hear 24 year olds using the world glorious very often.

As I was listening to some verses in Genesis this morning, I realized that God created the heavens and the earth and the Bible tells about the mechanics of it all — what he called different things — land, sea, sky — and how he designed the overall scheme of things.  God said that it was good but He never says anything about the beauty — about how GLORIOUS — creation is.  It might be because He felt that it was obvious.  Whatever he does is going to be GLORIOUS.

We see it everywhere we look — the beauty in the tiniest flower and in the expanse of the sea — the depths of the ocean and the endless beauty of the sky.   We see it all — what God simply called “Good” and recognize it as amazing, profoundly beautiful, glorious.

Could it also be that this is true of HIs people as well?

Posted by Claudia at 9:30 AM No comments: