Do you have a BUT? 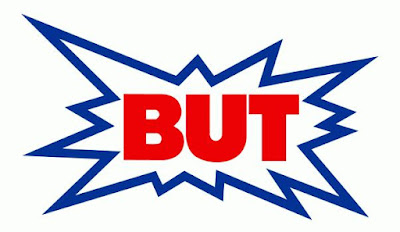 In 2nd Chronicles 20, we read a summary of the life and reign of King Jehosophat.  It ends with these words:

32 Jehoshaphat was a good king, following the ways of his father, Asa. He did what was pleasing in the Lord’s sight. 33 During his reign, however, he failed to remove all the pagan shrines, and the people never fully committed themselves to follow the God of their ancestors.

Ouch.   He did everything BUT one thing.  He failed to remove the shrines.

When my life is summarized, I wonder if there will be a BUT.   Will you have one?  Will people say, “Yeah s/he did everything God asked him/her to do BUT…..

I notice that there are two sad things about those verses.  The first is that there was only one thing that Jehosaphat missed… He almost got it right.  It’s sad to be so close.  But the most heart breaking thing is that the one thing that he missed is what made others around him never fully commit to following God.

It is my prayer today that God will convict me of whatever it is I am not doing to fully please Him …. not only because it robs me of the satisfaction of a job done completely — but because I don’t want anything that I do to keep others from committing themselves fully to Him.

In my opinion, No other Christian artist has written more convincing lyrics that Keith Green.  As a teenager he had a huge impact on my life.

Let’s go back to 1978 and have him sing a song (with a lengthy introduction, if you want just the song go to minute marker 2:10.