There are Some People It's Hard to Say No To 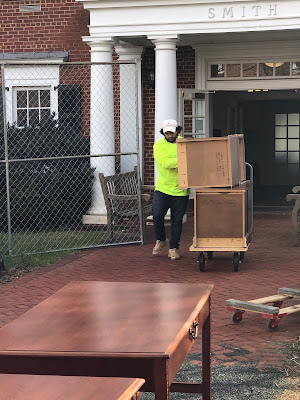 Yesterday my son John and I joined a mission for CarePortal.   There was a hotel up in Charlottesville that was closing and everything in it would be demolished so they had been offering non-profit organizations the opportunity to come and get the stuff.  Our CarePortal Community Coordinator in Roanoke had organized 6 trips to get stuff -- and this was the final trip.

I'm talking a LOT of stuff.  I think there were 183 rooms full of everything you would find in a hotel. Bed frames, mattresses, bedding, towels, dressers, end tables, desks, desk chairs, mirrors, vacuums, fridges, microwaves, rollaway beds, lamps, and assorted pictures and other things.   Most of the beds had already been brought down and stored at some of our churches, but it was really hard to say no to all that stuff that would be destroyed if we didn't get it.   So I took John up with plans to do nothing but transport him.  My back issues are still there and I'm old and tired.   At least that was my excuse for not helping much.

When Ray arrived (he is the community coordinator in Roanoke) he asked me if I'd like to take pictures.  He asked me if I would like to interview people.  I didn't want to and I wouldn't like to.  I wanted to just sit there.   I have lots of reasons why I didn't feel like it.

But it felt awfully wrong to say no to Ray.   Let me tell you a little about he and his wife.  Fortunately this blog doesn't have much traffic cuz the don't want to recognition, but this all has a point (as does everything I write even though it often takes way too long to get to the point).

Ray is older than me.   Probably by at least 5-10 years though I don't know for sure.  There are rumors, but he acts younger than me.   His children range in age from 6-40 something.  He has adopted from Guatemala and hosts missions trips to visit an orphanage there.   He and his wife are some of the most passionate orphan advocates I know of.  They started a ministry in their church that became a regional ministry.   They have spearheaded Safe Families and CarePortal in their region.  Ray taught high school for years so he knows a ton of people ... and they all know him.

He is also a cancer survivor so the fact that he is way more physically active than I am with some body parts probably missing is a bit convicting.

And then there's this year.   For four and a half years Ray and Kelli have been working on adopting a girl from Krygyzstan with Cerebral Palsy.  She was 12 when they started the journey and now she is 16 and finally came home on Christmas Eve.  The article is here if you want to read it.

From October until Christmas Eve Ray was a single dad -- while championing CarePortal, making 4 trips to the hotel to pack furniture -- and handling the day to day stuff in the region.

So guess what?  I took a few pictures.   I couldn't sit there knowing that he was going to load, drive, unload for the 6th time and I couldn't get off my butt to walk around and snap pictures.    Then things got messy and my car wouldn't start and I had to have it jumped and then sit in it and keep it running so I didn't do interviews (I'm sure that really isn't a great excuse, it it is one).

I finally felt like others have felt in the past when I have tried to convince them to adopt a child.  I had adopted 12?  How could they say no to me?

And yet I had a reason, I had an excuse.   We all do.  It's just harder to say no to some people than others.

I want to continue to live a life that makes it hard for others to say no even when I don't always say yes.  Not because I want the glory (I know that Ray an Kelli certainly don't want any) -- but because I want others to experience the amazingly cool things God does when we walk out into the deep water.

Not many people go above and beyond the way Ray and Kelli do.  So this is the shout out.  And proof that I didn't say a complete no, because there are pictures.... even though the ones Ray took, while loading furniture, are better than mine.  :-). 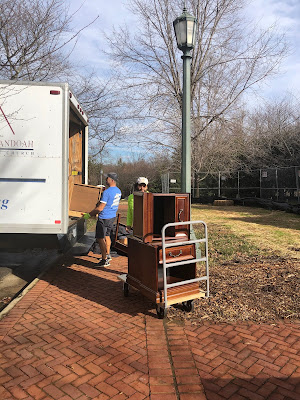 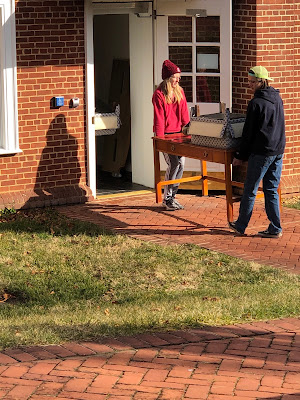 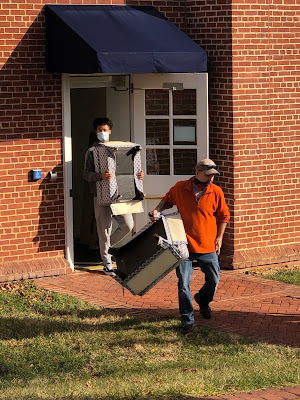 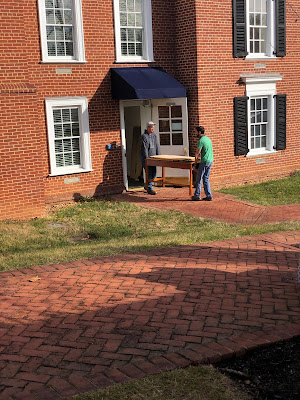 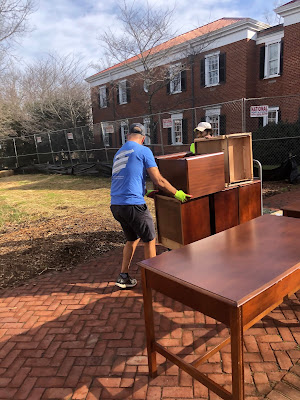