Starting the Day Very Well (and a Funny Story) 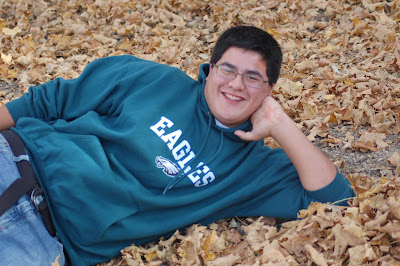 Was at the Y for a great workout this morning. I want to try and replicate what I did three years ago -- with the goal of being able to walk with Bart nightly during the summer. Right now my back isn't strong enough, but if I work hard by June it will be.

The following story was approved by Justin, the friendly young thing I flirt with at the Y. He's younger than some of my sons, but he's quite personable and flirt-worthy. This morning he asked what I was going to blog about and he said he gave this story his seal of approval. I mentioned to him that he was becoming a character in my blog and he suggested he might want to work up to that and just start with a cameo....

But here's the story. Somewhere Dominyk has picked up "That's what she said", the standard line of Michael in "The Office." And he uses it appropriately -- well, the things he says are not appropriate, but the humor is, though we try not to laugh to hard even when it's really funny because it is often applied in very disgusting ways as only an almost 15 year old boy could do.

Jimmy, however, has recognized that Dominyk gets a big laugh when he uses it, so he tried it out the other night.

Someone said something akin to, "Not sure why it smells so bad" to which Jimmy responded, "That's what she said."

(By the way, i took his senior pictures and he IS on target to graduate. Which apparently in our family is unusual. We have 6 children over 18. He will be the third of the six to actually graduate on time from High School. AND, he's so good-natured that he told me I could not only blog this, but tell Facebook. What a kid!)
Posted by Claudia at 6:55 AM

congrats to jimmy to being on par to graduate, what an accomplishment for him :)

and glad to hear the chore system is working, you previously said you didnt want to "bore" us with the details but id love to hear them!

Robyn -- Email me privately and I'll send you the stuff.