Yesterday's Fun in the Sun 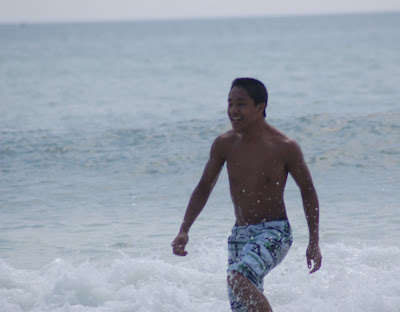 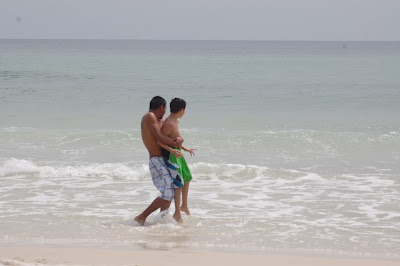 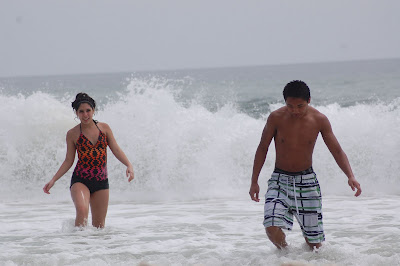 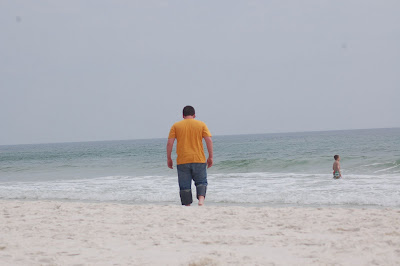 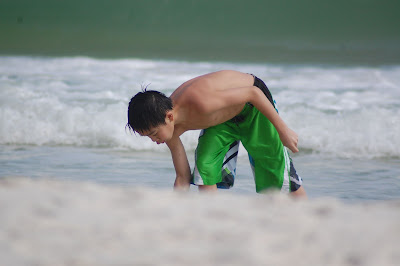 Last night the internet broadbandtogo thingy wasn't providing me with the best connection so I gave up and didn't blog.

After cleaning up and working yesterday morning while Bart took Wilson, Ricardo, and Dominyk walking on some trailers (that's what Ricardo called them anyway) at a wildlife reserve and Sadie and Leon introduced me their favorite show which, if I post it here, might cause controversy, so I'll let it be a mystery. Then the three of us trekked across the boardwalk to the beach where we were for 2.5 hours. When the others returned they joined us.

I walked in the surf for a while but the rip tide is pretty strong and I would sink pretty deeply into the water, which was disorienting and scary, so I spent most of my time taking pictures and talking to the kids... watching dolphins jump in the distance, and enjoying seeing my kids enjoy themselves. Leon took a few shots of me standing by the water and I truly apologize to anyone who walked by and had to view that. Sorry, world!

Then we came back to the condo and I spent over 45 minutes actually in the pool kind of swimming! Got some good exercise. I'm paying for my lack of attention to detail this morning, because I sporadically put on my sun screen and thus have some very red patches, next to some pink patches, followed by some fairly white patches. I look like a poorly done quilt. And ouch!

The night concluded at an out of the way pizza shop with good pizza but SLOOOOW service and then an early night for me. I was tired.

THis morning it is cool and pretty cloudy, so we may do some of the inside things we were planning. Tomorrow it's supposed to warm up but also rain.

But even if yesterday was the last of the sunshine, we still had two really good days of beach and pool.

DOminyk has had his outbursts, but for the most part has held it together and the other kids have been so enjoyable. Dominyk has opted to stay home during meals because restaurants tend to be overwhelming for him and he has done fine cooking himself some hotdogs and washing the shells he has collected, etc. This has given us some very enjoyable and stress free meals which the others, something we very very seldom have.

Grateful for this opportunity.....
Posted by Claudia at 6:46 AM

And to think I am sitting here in Maine rejoicing over an almost 40 degree sunny day! I am green with envy.
Enjoy and relish the sun, the surf, and the memories.
Gail
Gail Underwood Parker
www.upbeatsanddownbeats.blogspot.com