Instead of detailing all of the not-so-pleasant moments of this trip, and there have been many of them, i am trying to focus on the positive. Let me start by saying a huge thank you to those of you who have been encouraging me in my weight loss and overall focus on better health. But I better post that on my dieting blog.

Since 5 of the 7 kids were 12-14, we spent a lot of time focusing on body parts. The monkey was scratching his balls. The gorilla was messing with his wiener. A couple animals farted, and I've never seen Dominyk move so fast as he did heading to the lion house when Leon announced they were "humping."

This picture is of Dominyk on the same turtle that Bart had a picture taken with about 35 years ago. 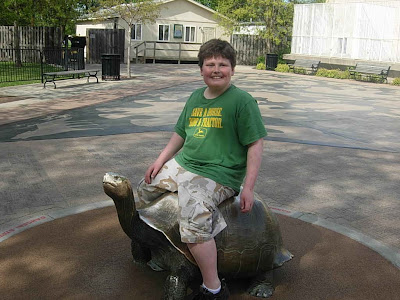 Across from that was this live tortoise ... These old turtles live a very long time. Apparently the oldest living creature known to man is a tortoise over in London that was supposedly born in 1830. Live on, turtles. 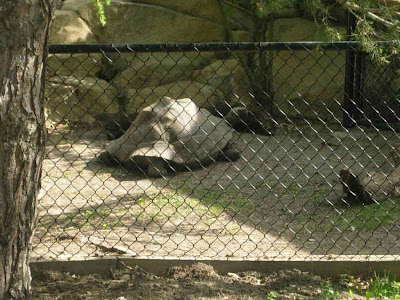 Tony insisted on posing with the tortoise as well, and of course had to be obscene. 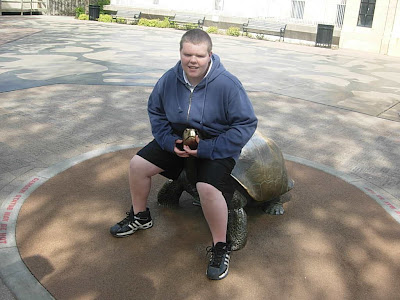 The seal is Sparky, who Bart's childhood dog was named after. 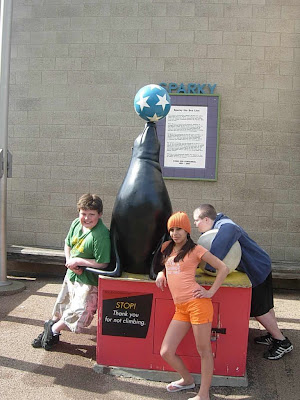 And the last picture is one of my favorite scenes from the zoo..... my husband, a wonderful father, walking with his kids. Sadie made it very clear that she could be affectionate at the zoo 90 miles from home, because nobody knew her there. 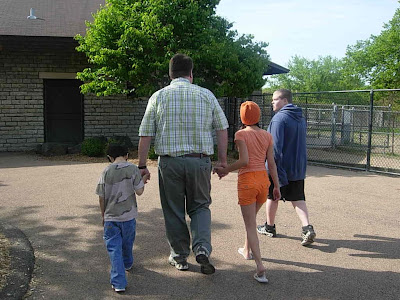