The Stress of the Season 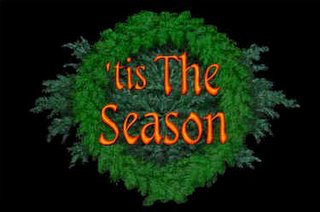 I remember as a college student how I used to refer to the things that happened during the week before Christmas as being a part of the “stress of the season.” I had no clue just what “the stress of the season” really meant until we adopted.

Our first year of marriage we had one child at Christmas time.

Our second Christmas, we had two.

Our third Christmas, we had four.

Our fourth Christmas, we had eight.

Then we swore we would not double the number the next year and kept our promise to each other and the world.

However, Christmas number 3, 4, 5, 6, and 7 were incredibly stressful. The kids could not handle the memory triggers of their past that holidays brought on. They were agitated, had frequent meltdowns, were ungrateful and complained about their gifts, and generally worked hard to push each other, and us as parents, over the edge.

Last year was much better and this year has been great, but now I am an adoption social worker with 15 kids placed with “my families” and 3 more placements pending and the kids are going bonkers. I try to reassure the parents that it will all pass, but kids are deciding not to be adopted, freaking out about being placed and messing up placement plans, getting in fights at school, getting suspended, vomiting on their mothers at inopportune times, fighting with their siblings, sexually acting out, getting detention and freaking out at school, and basically just losing it at home. I’m exhausted and they aren’t even my kids.

When I was in college, a friend of mine and I got into an argument and he blamed it on the stress of the season. He wrote in my Christmas card, sarcastically of course, “The stress of the season is over, thank God, and now we can lust after Claudia’s great bod.” (Sarcastic because even in college, though it was much more lust-worthy than now, my body was nothing to lust over).

However, the cadence of that whimsical poem he wrote exactly 20 years go this Christmas (oh crap, I am OLD) has stuck with me for all this time. And now, with all these kids in my house and in placement, I must remind all adoptive parents everywhere that in just two short weeks the children will be back in school and we can say...

“the stress of the season is over, Thank God!”
Posted by Claudia at 3:01 PM